How Our Live Trade Room Teaches You to Trade Consistently

We run a live trade room for two reasons:  We are traders. We are traders who teach, but trading is the primary way we make our living. We need you to have confidence in our trading skills and experience and know that we are the real deal. Far too many trading educators will sell courses and theory but never actually show you the strategies they teach in action. If it’s good enough to teach, it’s good enough to demonstrate.

The second reason is that this is the best way for you to learn how to trade. We teach you the theory, the strategies, the planning and the trading discipline you need to succeed. What then locks this in, so you can do the same, is us demonstrating the strategies, the planning and trading discipline live. Theory followed by action. Action you can follow because all our forex and index trades are taken live and in advance. You will gain confidence when you see what we teach working. There is never any ‘hindsight trading’ where we will tell you where you ‘should and could’ have got long or short.

The webinar schedule is run on London Time and is scheduled for every weekday unless the UK or the US has a bank holiday. The Live Trade Room webinar does not run on weekends.

Each interactive session will last for approximately an hour and in this time we will assess a number of markets, primarily index or forex markets, plan and set trades and discuss these trades and other trade ideas with the members in the webinar.

The length of the interactive session is usually 1 hour and at the discretion of the lead trader may continue significantly longer than an hour if there are trades to manage and/or there are relevant trading issues or member learning questions to discuss.

So what do we trade? We look to trade indices, Forex, oil gold and some stocks / equities. This broad range gives us constant opportunities to trade on all time frames and teach you both day trading and longer-term swing trading. This allows us to provide education and live trades to people who are in different circumstances with their personal and working lives. From people who are able to sit at computer screens and scalp, to people who need trades sent to their mobile phones who work 9-5, to those who have retired. We have designed our services to have a range to suit all circumstances.

You can access our trading services for free. It works like this. You need a broker to trade with. We work with several of the world’s top brokers who are all highly regulated and used by us on a regular basis. If you decide to trade with them, or use one of them to trade alongside your existing broker, we can give you access to our trade room and everything else.

You keep all your money to trade, you learn how to trade. The perfect arrangement. We also work with brokers outside of ESMA for those looking for higher leverage.

You can find the list of brokers we work with by clicking here.

A live trade room for all experience levels

Our trading community has a wide range of experience. We have traders who are taking their very first trades and learning to read charts, to seasoned pros who have been with us years and everyone in between.

We are always available on email, Skype or WhatsApp to support our members. We want to give you every opportunity to succeed. Something you don’t understand? Ask away. Have a trade you’d like to go over or get advice about? Send it in. If you’re willing to put the effort in then so are we. We want you to succeed The more you put in, the more you get out.
Get 14 Days FREE Now
Want to see how we trade?
Play
Play
Play
Previous
Next

Why learn to trade with us?

The main reason is because we probably started out where you are today and are now where you want to be with your trading. Simon’s (who you may have seen on our YouTube channel) journey is one which you will likely be able to relate to.

Simon watched the news one day whilst the financial section was on; “The FTSE is up 25 points and the Dow Jones has opened up around 0.8% above yesterday’s close.”  He wondered what this meant, which resulted in him ordering the Financial Times Guide To Investment (no messing about there!). When reading it he found a section on spreadbetting / CFDs. This led to him to open his first trading account in 2011 whilst working a full-time job. He started trading stocks / equities within the FTSE 250.

The trades Simon took were longer-term swing / breakout trades that typically lasted for days and weeks. Ideal timeframes for someone who was learning. He was even making money – ‘Trading is easy’, he thought. He then started working shifts so was able to try this thing that everyone was talking about online called ‘day trading’. Day trading provided him with some quick hard trading lessons. He ran losses, cut winners, over-traded, under-traded, experienced fear and greed, over-leveraged and committed every other trading sin ever committed.

Now there are three choices when faced with this situation:

Fortunately, Simon decided he wanted number 3. He wanted to learn how to win. This took a lot of hard work, but a lot of that was wasted energy and effort. The typical response from an aspiring trader is to try out different strategies and systems. Searching for the ‘holy grail’. This leads to more frustration and annoyance. Simon was no different. He tried out lots of different systems which failed. It wasn’t until he realised it was his trading psychology that was lacking. His discipline. His inability to cut losses and run winners. It was when he understood this things came together and he started to succeed.

Simon’s future consisted of learning how to control his trading emotions, cutting his losses and running his winners. His growing trading confidence (and growing trading account!) enabled him to generate a second income stream. This followed by going part-time at his job, to eventually leaving his job and becoming a full-time trader.

This is the route most who want to trade want to take. The reason why the Trade Room Plus team is so valuable to aspiring traders is that they all have taken this route. From someone first thinking about trading, through to becoming full-time professionals. We’ve been in the position of the complete beginner. We know the frustrations and what it’s like to make expensive errors. Most importantly we went through the process of becoming consistent, and the equally important process of remaining so.

What to find out more?

Contact us on the following to find out how we can help you reach your trading goals. We’re even available for a quick chat. We’re not salesman who hide behind a website and emails, we’re traders here to help. 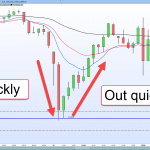 People bang on about price action trading a lot. The reality is very few people actually understand what it is. What’s even worse is a lot of those who claim to teach it only have a partial understanding. There are more facets to understanding price action that most people don’t know and are never taught. 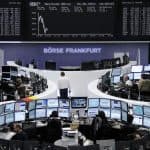 The DAX 30 is the premier index of the German stock market – the Frankfurt Stock Exchange. The index is the amalgamated stock prices of the top 30 companies and includes big, world-renowned brands you will have heard of such as BMW, Allianz and Adidas. On spread bet and CFD brokers the Dax may be also be called Germany 30.

Want to know how we can help you?

Is trading forex, index CFD and spread bet trading right for you? Can trading provide you with a good income? Can you trade part time? How can you become profitable?